This is the full dark mode of Google Maps, the application prepares to activate it

The dark mode has reached a good part of Google applications, but there is one that has resisted this mode despite the fact that part of its interface is obscured: Google Maps. And this inconvenience is about to be solved and already traces have appeared in the code that demonstrates the upcoming integration of the dark mode in Maps, we also have screenshots of the appearance of the menus and the interface.

Google Maps is one of the most important applications of Google, and not in vain has revolutionized the way we consult maps and get directions to go from one point to another. The application has evolved to include many features, but one is missing: the dark mode beyond navigation. It is still missing, but it seems that it won’t be for long: Maps has already started to take the necessary steps to go dark. 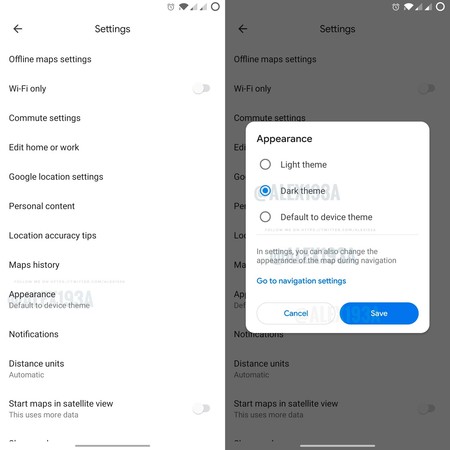 Google has decided to move the same theme selector that is already available in other applications of the company, such as Gmail or the Play Store. By default, this theme is system-related ( depending on whether power saving is activated or the user manually chooses the dark mode ( ), but there is also the possibility to keep Google Maps in light mode or choose it in the new dark style. However, it seems that for the time being the maps will be in light mode, not like in navigation.

Google has located the code changes of the latest version of Google Maps : , the application already reads if the system-level dark mode is enabled or not on the phone. This is the first step for Google to include the theme selector with the automatic and manual options mentioned above, most likely as an activation from their servers. This is an important development, but it’s not the only one we find today.

Alessandro Paluzzi, a developer famous for his application WaTweaker (which allows modifying WhatsApp with the root), published on Twitter different captures of how is the dark mode of Google Maps. The menus take the usual dark gray of Google in contrast to the black gray closer to the interface. The look is solid, a sign that the development stage is advanced. Of course, the map itself would still be clear, at least that’s what Alessandro’s captures suggest. 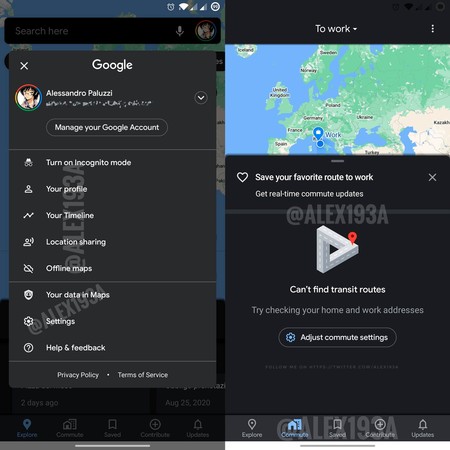 We don’t know when the dark mode will definitely reach Google Maps. The activation will probably be remote and staggered, as Google usually does in its key applications. At the moment, there is no way to activate it, even in the Maps beta.

This free extension will help you read faster and more concentrated

How to Install Ubuntu on a Power PC G4 for Mac

How to Back Up Ubuntu April 12

This free extension will help you read faster and more concentrated

How to Install Ubuntu on a Power PC G4 for Mac